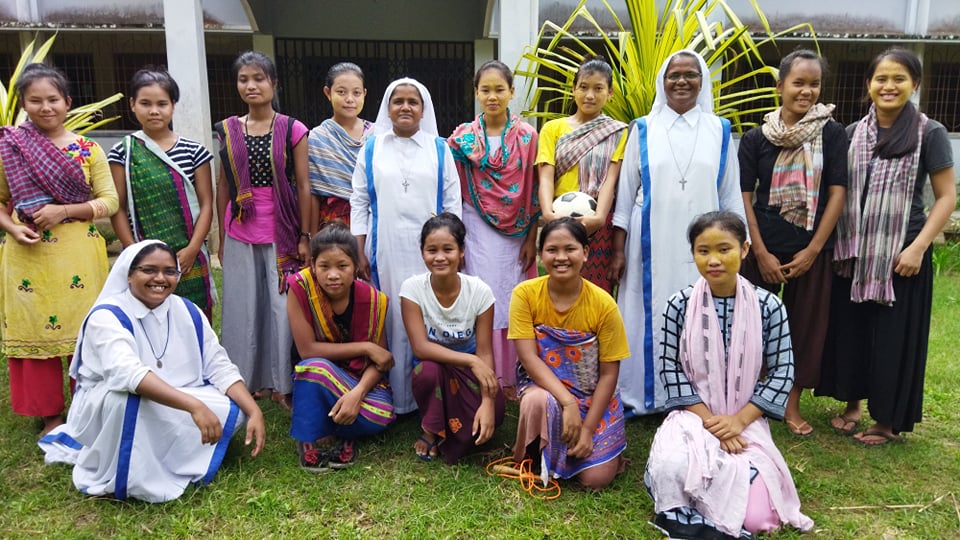 Christians live far away from Dharmapalli. Although there is a village adjacent to Dharmapalli, it is inhabited by Christians from different neighborhoods. Moreover, it takes up to 1-5 days to go to another neighborhood. There are some neighborhoods where no father or sister has visited for 25/30 years. The financial situation of these indigenous hill brothers and sisters is very bad. This time of the year we have to depend on jhum cultivation all year round. They are also far behind in terms of education.

Indigenous brothers and sisters still have their own language and their own social customs. As a result, Bengali language is not yet understandable to them. Those who have learned some education and interacted with Bengalis can only speak some Bengali. Due to the tireless efforts of the Father-Sisters in the past, especially the LAC and RNDM Sisters, due to the attitude of some of the children towards education, there is not much firmness in the life of faith even among many Catholics.

Falls are plentiful but labor is scarce – Dharmapalas of Dharmapradesh in Chittagong, priests of Bandarban Dharmapalli and conscious people, realizing the scarcity of laborers to work in the vineyard of the Lord, came together with a request to the Queen Mary’s Companions of the Apostles. At the end of 1995, Sister Mary Preeti went to Bandarban with Bishop Patrick to attend a ceremony. Bishop, Fatherhan and the people there requested the sisters to send sisters to work in Bandarban Dharmapalli. Finally, in the year of the birth of Christ, a new beginning was made in the history of the Sangha.

At the request of the Dharmapala of Chittagong Dharmapradesh, with the consent and approval of the great Dharmapala of Dhaka, Michael Rosario, on January 16, 2000, the Queen of the Apostles lived in this new ashram dedicated to Fatima Rani in Bandarban Dharmapalli.Among the four newcomers to the first group, Simeri Pusp, Sr. Mary Prafulla, and Sr. Mary Ellis, and Sr. Mary Maxima, were assigned to Moffsball. Revered Bishop Patrick D’Rosario CSC was the Dharmapala of Chittagong Dharmapradesh at the establishment of this Ashram; The priest of Bandarban Dharmapalli was Father Atul Palma, CSC; Respected C. Mary Dipti SMRA was the organizer.

In the main parity work.

The main services here are to run hostels and give religious education to the sick, preach the word of the Lord in Moffat, sick mothers and sisters who are suffering from lack of medical care, and just donate to the hill brothers and sisters, give religious education in the neighborhood and help them grow in faith. In addition, the sisters work for the YCS, Shishu Mangal Samiti, marriage classes, preparation for confession and handover, BCC and St. Vincent the Paul Samiti. Going to Moffat, the sisters listen to the people’s happiness and problems and help them with advice in various ways.

Sisters have a lot of problems working with indigenous siblings in this mountainous area. Many times they have to teach in an insecure state. Sister Gull was not even spared from the clutches of the bandits. Yet with great zeal they continue to preach Christ. The local people are very happy to get the sisters. They cooperate with the sisters according to their ability.
In this way, the Sisters are working in the service of Bandarban with joy, relying on God in various favorable and unfavorable conditions.