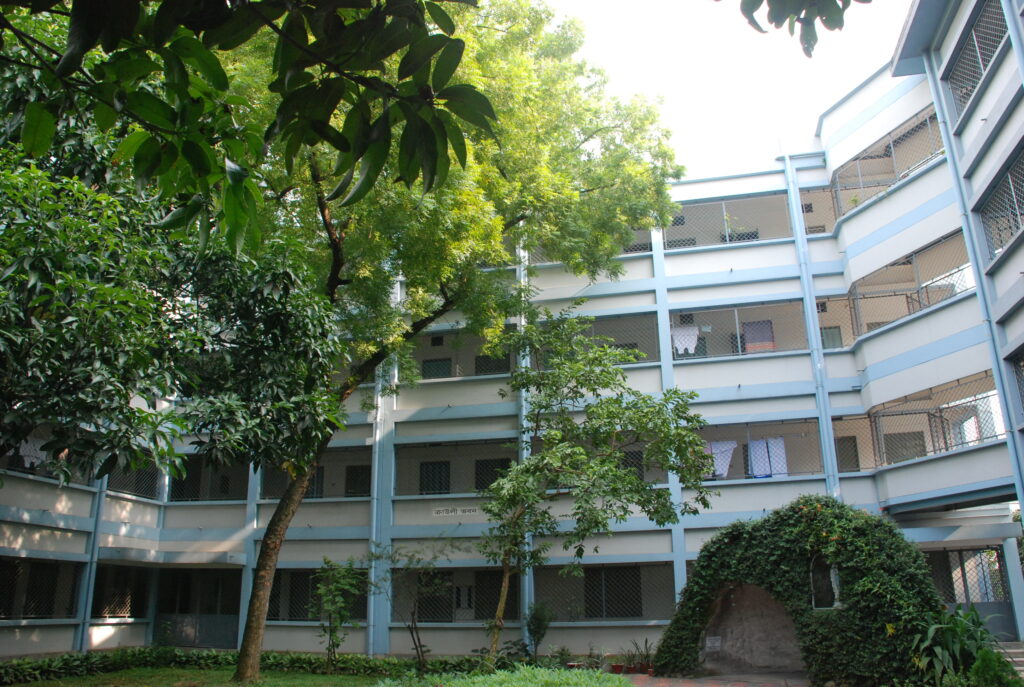 Historical  Development : Mary House is our 5th convent located in Tejgaon, Dhaka -1215. The SMRA Congregation was founded in the village and four convents were founded in nearby places like Toomilia, Panjora, Rangamatia, Mathbari. There was no convent in Dhaka city. At that time the Sisters had to come to the city frequently for different purposes. They did not have places to stay overnight. They felt an urgent need for a convent in Dhaka city. Hence with fatherly affection and concern Most Rev. Archbishop Graner, csc was looking for a land to build a house for the Sisters. Finally he was able to rent an old house which belonged to a Hindu family. After some renovation three Sisters started to live on 6 January, 1953 and named it “Mary House”. Afterwards Archbishop Graner bought this house in 1965 and gave to the SMRA Sisters.

The 1stGeneralate building was constructed in 1975 by the SMRA Sisters. Out of love and generosity Most Rev. Archbishop AmalGanguly, csc helped raising fund from the donors. In 1980 the new chapel was built by the financial help of Rev. Fr. Edmond Gedert’s parents.

Gradually the number of Sisters increased in this house throughout the years. Mary House was not able to accommodate the Sisters. Therefore, in 2000 the old small building was demolished partly and another two storied building was constructed and named ‘Crowley Bhavan’ and Generalate was transferred there in 2000. In 2006 the third four storied building was constructed and named ‘Rose Bernard Building’. In 2019 a house was bought in Tejkunipara and started to serve the young girls named as ‘St. Mary’s College Hostel’. Some fund for buying the hostel was raised from every SMRA convent and from few local donors and the major part of the cost was managed by the Congregation. Respectively, Most Rev. Archbishop Michael Rozario, Most Rev. Archbishop Paulinus Costa and later Most Rev. Cardinal Patrick D’ Rozario, csc gave permission to build the houses.

Apostolate of the Sisters:Sisters in Mary House are involved in following apostolate: