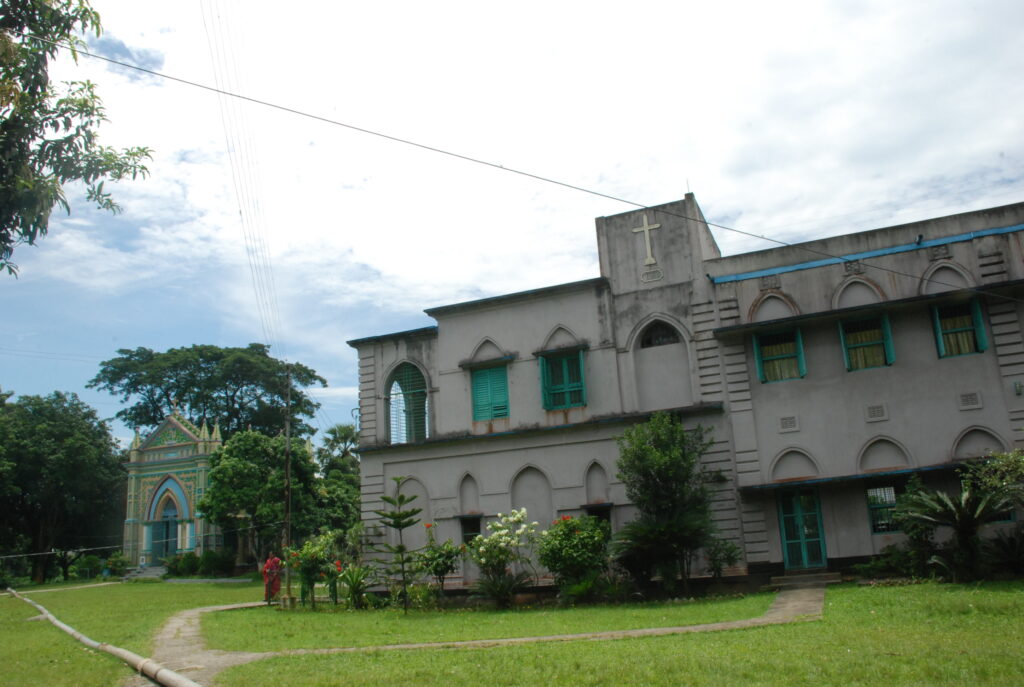 Foundation History and Further Development: Panjora St. Anthony’s convent is located in at Nagory, Kaligonj, Gazipur. Nagory is one of the ancient parishes in Archdiocese of Dhaka established in 1663 by Portugese missionaries. Afterwards Panjora St. Anthony’s convent was founded as a monastery of Guanese Sisters. So called Catherine Bibi donated it to the Archdiocese of Dhaka. Sisters of several Congregations lived here before the coming of Holy Cross Sisters in January 1, 1931. The SMRA Sisters were sent by her founder Bishop T.J. Crowley, csc in February 11, 1941. In 1952 the Holy Cross Sisters left Panjora giving all missionary activities unto SMRA Sisters. The convent was built by the founder of SMRA Congregation. The dispensary, girls’ hostel and annex part of first floor in the west side was built by SMRA Congregation.

Apostolate : Sisters have been serving the following apostolate :