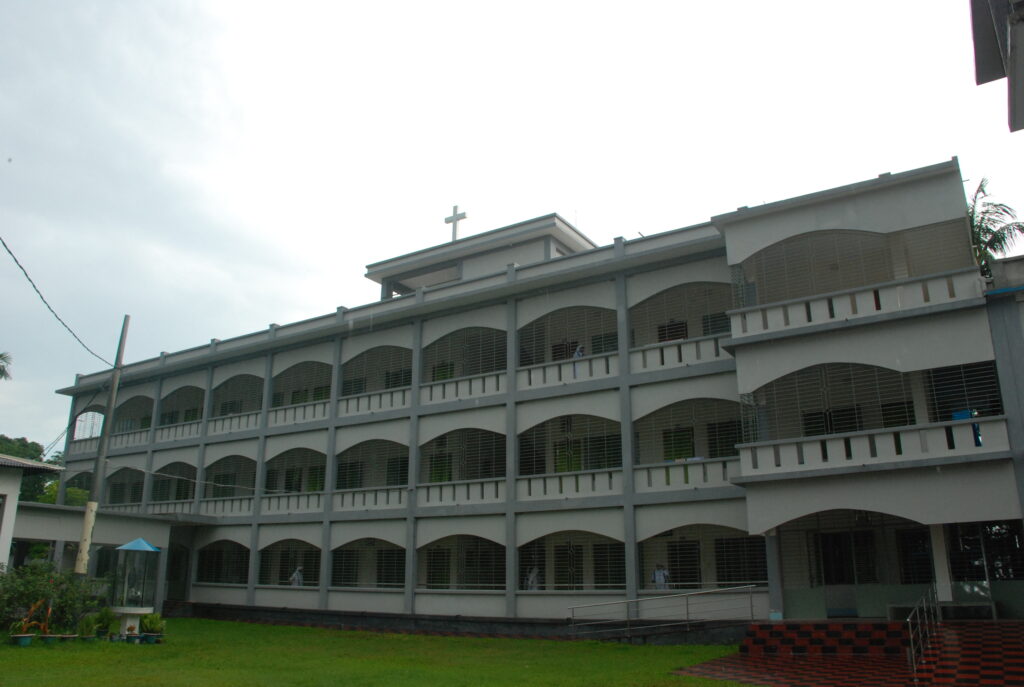 The Congregation of the “Associates of Mary Queen of the Apostles” whose Latin name is “SociaeMariaeReginaeApostolorum” (SMRA) was founded in Toomilia in March 5, 1933. St. Mary’s Convent is its Mother House.

Foundation History and Development : At the outset Rev. Bishop Legrand, csc built a catechist training center in 1918. After the foundation of SMRA Congregation, the Founder of the Congregation Most Rev. Timothy John Crowley, csc made it a convent in May 19, 1934. It is the first convent and named as St. Mary’s Convent, the Mother House. In 1952 it was developed into two storied building. The original building got old gradually and became risky, therefore, in 2016 it was demolished. The Congregation constructed a three storied building. The fund was raised from some funding agencies by the recommendation of Most Rev. Cardinal Patrick D’ Rozario, csc, local donors and SMRA Congregation’s own funds.

Sisters’ Convent : At present there are 39 Sisters living in the Mother House.

Sisters are involved in following apostolate: