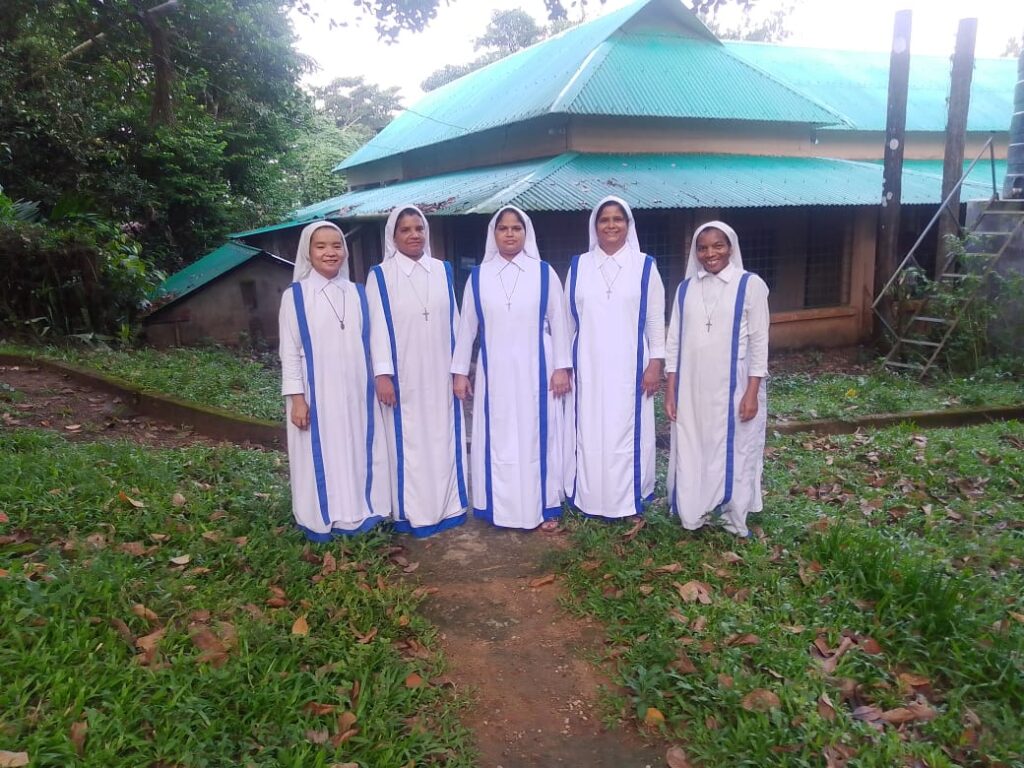 This Garo region is a huge natural auditorium. Snake-complex, the mysterious life of the indigenous people living far away from the locals on the banks of the river.Their characteristic is to express the joys and sorrows of life in mysterious language. A review of human history proves that the upper caste people despised the lower caste people, so they used to live in fear outside the locality, taking refuge in Ripu like a savage. They think that loneliness is more desirable than moral degradation.In this way, their utmost desire is to attain Ati-Shuddhi.

They used to be aggressive with people wearing religious masks.That’s normal. The world itself appears to them as deception, lies, delusion, misery. As the dynasty increased over time, this society suddenly woke up in contact with the British civilization after many ages. They are attracted by the invisible power of Christ.They submit to the government. Political independence was instilled in the dynasty.Around 163 AD, they started living in the plains as a symbol of civilization.

Without compromising with falsehood, the truth-seeking tribals came to Dhaka in 1909 with great difficulty in search of His Excellency Bishop Antar.These are the sheep without a shepherd. Bishop Lisbon heard this saying in his heart – let them eat them. In 1910 he sent Joseph Flurry, CSC, and Brother Eugene Lafrobier, CSC, to the hungry, fasting devotees.

With the permission of the royal palace, they traveled to different places and got a wealth of crops. The heart of Bishop Lisbon cried.In early 1911, Father Adolf preached in France, CSC and Father Timothy Crowley, CSC in Thaushalpara, two miles east of present-day Ranikhong.

In 1915, all the anointed young priests, Mary Carlos, CSC Susang, baptized some of Durgapur.He bought the Ranikhong hill from the king and made it permanent by relocating the church at Thaushalpara to Father France. In this way the body of the Christian church is well formed in that region.

In search of nurse sisters.

Printing and writing are other examples of civilization.Ranikhong Mission Letter Father Duane Patrick, CSC’s lasting contribution. As a result, the efforts of the missionaries were successful as the Ranikhong Mission became known in the world. During the First World War, the Catholic religion of Ranikhong was started. The role of women in propaganda is undeniable.

In 1936, Father Rick invited the Silesian Sisters to the Ranikhong Mission. Mother Martha and Sister Teresa Marie came to work in the church along with the priests.The people sang kirtan in a bullock cart with a flood of joy and picked them up. In exchange for many sacrifices, they devoted themselves to Christian service in perilous areas. As directed by the pastor, Sister Terez opened the service for a good start.

It was not easy for a small number of sisters to do all the work. It was not safe for foreign sisters to come to this country during the Second World War.During the war, the position of foreigners in remote areas became difficult, and Sister Terez Marie fell ill and moved to another area. Mother Martha also had to go to another ashram. Besides, the Bengali Sisters Association formed by the Salesian Sisters was disbanded.Other reasons are that the sisters of the association have temporarily resigned.

The call of the companions of Queen Mary of the Apostles.

World war, famine, lack of nurses, lack of security for foreigners, etc. accelerates the sending process.One weaves and the other reaps – this word of the Lord is selfish. Reverend Father Patrick, CSC, came in contact with the native sisters.June 19, 1945 can be called the day of remittance for remote areas in the history of the Union.Nature and political disasters give the Queen of the Apostles a golden opportunity to be outgoing.

His Excellency Archbishop Timothy Crowley who received the Carzain-i-Hind Medal during the famine.He sent his own handmade little nurses. Shortly after his tireless work was approved by the Rome Association, the bishop was nominated and appointed for the maternal mission of his three daughters, C. Mary Carmel, C. Triza, and C. Rata Garo, Ranikhong.

Procedures and requirements of sisters.

People do not live in hilly areas in a socialized way. So the frequent presence of the sisters gives hope to their cowardly minds.
The main task of the sisters is to instill peace in the minds of those who provide services in the maternity hospital, the starving and the oppressed. Generally regular daily services like donating medicine for the patient, etc.

Once a month, the sisters of the mission have to provide education and good knowledge about the various needs of the women, as much as the children, religious knowledge, etc.Mofasbal solved various problems in the area. He listened to their grievances with compassion and gave appropriate measures and advice. Sister’s life is the epitome of the villagers. These living actions are not possible from mission or Dharmapalli center.

The overall well-being comes from spending a little time as a member of the household uniting with the people.The overall service of the mission – so that it is marginalized in the company of Christians, school teachers, students, unemployed youth, employees, sisters. It is necessary to live in such a manner and in a new way.In daily life, the Sisters prepare themselves for public service by devoting all their devotional lives to prayers, housework, and intimacy.At that time, the fathers of every mission in the area felt the need and lack of sisters.

The efforts of the sisters.

Sisters seek success in the ministry through the work directed by the local priests.Sister Carmel, with the help of two other sisters, sincerely cared for sick women and children in the dispensary. They satisfy everyone by teaching religion in school.He returned after working in Muffsball. He did not eat at any house there.

He used to take food with him which he used to eat on the way to and from the streets.Later, with the permission of the bishop, the sisters learned to ride bicycles and traveled to distant villages. He was allowed to stay in the village at night for delivery.

The Sisters came in exchange. Some of them are also taught cycling. The first few times Father himself went to Burma, Baluchara, preaching with the Sisters.At this time Sister Miriam, who had learned the religion with the help of the steers, was invited to convert to Christianity and go to the Tumilia Convent for a noble cause. He overcame many obstacles.

From 1945 to 1954, the Sisters worked at Ranikhong under the direction of the Reverend Bishop Lawrence Grener.God’s hand extends far beyond his thinking. On August 6, 1983, the Holy Cross Sisters settled in Ranikhong. When the Pa-India war broke out again in 1965, the Holy See dragged the sisters within 40 miles.At that time most of the locals burnt the pottery and they went to the other side in fear. The Holy Cross Sisters came to Dhaka without seeing Upayantar, endangering the Queen of Nature.

The second arrival of the SMRA sisters.

As a result of the Second Vatican General Assembly and the Second General Assembly of the Union, the expansion of the work of the Union broke out. Archbishop Lawrence Prener The CSC took refuge in the native sisters i.e. SMAA sisters to bring back the Christians and stand by them in their peril.Archbishop Grener, friend of the missing, the helpless, the poor, the oppressed. His shepherd’s mind cried out to save them.

In early September 1965, three sisters, Margaret Mary and Virginia, were sent to help. After waiting for a week in Mymensingh Salesian Hajj, permission was granted to go to Ranikhong.Under the tutelage of the Sisters’ local Father Damian Rumam, they roamed the various hills to recite consolations.

On December 26, after Christmas, Sisters returned to their mother’s home in solitary confinement.Later, from January 8, the sisters have been working in groups at Ranikhong. All the struggles cause misery in the border areas. 1971 AD The freedom struggle made Ranikhan Basi Bharatmuthi again.In such a situation, the sisters fled to India without seeing any way out. But Sister Anna stays here alone.Later, Father Bernard left Dhaka and brought him to Dhaka. However, the sisters who go to India provide unprecedented services to the refugees.

Local Pala priests offer Christmas at each center in turn once a month. Local catechists run 10 mission primary schools.
Sisters and Catholics look after the believers. The nurses visit the dispensary daily from morning till noon and the village in the afternoon. Sisters respond at any time in need of a pregnant mother.

The need of the age.

Although far from the capital, this Ranikhong mission is in no way backward in the remote areas of modern Bengal.
As a member of the Paris Council, the Sisters are fully responsible for their pastoral work.Family and Health Women’s Committee, YCS, Children’s Welfare, Girls’ Hostel, First Communion, Confession Class and Handover Class, Preparation for Illegal Marriage Amendment,Through the core team, Nature is bringing the voluntary cooperation of the local church through family planning education.

The Sisters work hard to prepare those who are willing to convert to Catholicism.In the midst of ups and downs, Sistergul is at the Ranikhong Ashram, serving the Maria of the Apostle Queen Maria and serving Christ.